Speaking the Language of Computers Why C#? 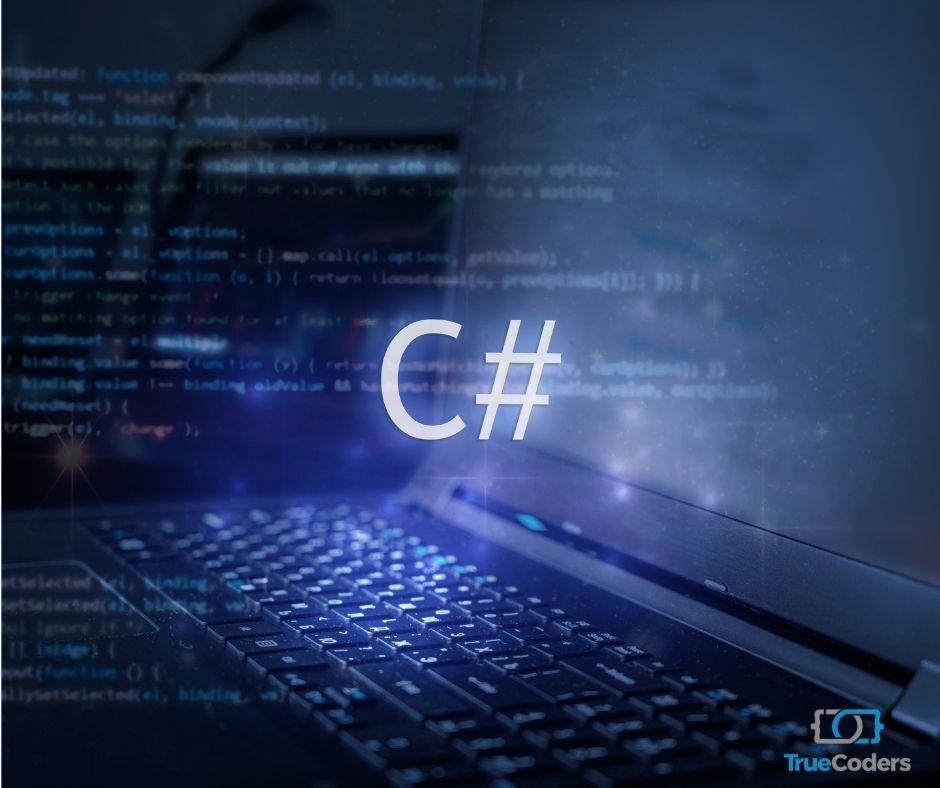 A coding language is a specific set of strings, or characters, that software developers use to write code. This code allows developers to tell a computer how to execute functions and perform tasks, basically talking in a language the computer can understand and follow.

C# (pronounced C-sharp) is one such coding language. TrueCoders is a bootcamp focused on, among many other things, teaching students how to speak fluent C#.

There are many similarities across coding languages, but one big difference with C# is that it is statically typed. That means “variables” (values that can change) need to have a “type” (instructions on how the variable will be used) associated with them when the code is written.

Other languages, such as Python and JavaScript, are dynamically typed. The interpreters for these dynamically typed languages determine what the variable type is when the code is run. In C#, variable type is interpreted as it is typed out. This means that you will know if you have errors before you even run the code, and the "compiler" will tell you what those errors are.

C# around the world

If you use any kind of software, there’s a very good chance you’ve been interacting with C# without even realizing it.

C# was created by Microsoft in 2000 and is still used by the company in many products. Business-centered software frequently utilizes C#, such as systems for banking or other fields that rely heavily on structure and order. Since it is a product of Microsoft, the vast majority of software created for Windows is built using C#.

C# also finds its way into more entertaining products. Unity is a game engine based on C#. Game engines govern how things like physics systems and processing works in the games run on that engine, and many games that are based on Unity use C# as their own coding language during development.

C# can also be used to build mobile applications, work with Xamarin Forms, and even design software for IoT such as smart devices and robotics automation. If you want to code it, then C# can most likely help you do it.

The best way to learn a new spoken language is to just jump in and immerse yourself, and a coding language is no different.

Learning syntax is the foundation of a coding education. Syntax is the way coders form the commands in coding, similar to the grammar rules governing how sentences are structured in English. You start off learning a new language by learning broad categories like nouns and verbs, and how they interact. It’s the same for coding.

As far as difficulty is concerned, there isn’t really a given ranking among coding languages. Every brain works differently; one coder might pick up C# easily, while another will click with Python faster. That said, C# isn’t considered to be very difficult to learn. Keep in mind that all of these coding languages, like real world languages, share similar syntax, despite their differences.

It’s not always easy, though. Everything going on in software engineering is, well, in software. You can't see it, so it can be abstract at times.

One characteristic of C# that can be daunting is “object oriented” concepts. The idea of objects existing in coding can be difficult for coders to wrap their head around, but TrueCoders sees the use of hands-on examples and analogies as the best ways to deal with the abstract.

If a bad guy exists in a video game, then that bad guy would be the object. Code would be written to tell a computer how to control that object, such as his AI, his defense/weaknesses/attributes, and other properties. All the objects, game characters in this case, would have their own code to define what it is they do in the game.

Gold in the code

Coding is booming around the world, and positions are constantly needed, as well as valued. C# is going strong, being both a useful and versatile language, as well as being backed by Microsoft and many other third-party software developers.

Even if C# goes anywhere (which isn’t happening anytime soon), many businesses will continue to use C# for years and years before migrating over to different software built with different languages. Knowing C# will help here, too, as new languages will still have roots in everything that came before them.

C# is a versatile, popular, and in-demand coding language that can help you shape your future. TrueCoders can help you create a foundation to get that future underway.

Back to Blogs
View Courses

Ready to change your life?